Bari is an Italian city in Puglia, Italy on the Adriatic coast of southern Italy. It’s known for many different dishes including several kinds of baked goods like Bari style pizza and focaccia.

In general, Bari style pizza refers to a style of focaccia bread, also known as focaccia Barese in Italian, native to the city of Bari in Puglia, Italy. Focaccia Barese is recognized as the oldest style of focaccia bread and features a puffy crust topped with tomatoes, olives and various seasonings. Bari style pizza can also refer to a thin crust style of pizza commonly found in pizzerias around Bari.

Let’s go over what the differences are between Bari style pizza and focaccia Barese, then I’ll give you a general idea of how to make each one.

Bari Style Pizza Is A Kind Of Focaccia Bread From Bari, Italy

Many of you will have already tried or seen focaccia bread in your local supermarket. It’s usually flat, square and about a couple of inches thick.

Focaccia Barese, sometimes referred to as Bari style pizza in English, is a special kind of focaccia bread that is known for being the “original” Italian focaccia bread. Focaccia Barese is unique among focaccia breads for its addition of mashed potatoes in the dough which gives it a light and fresh flavor. It’s common to find this style of focaccia topped with fresh tomatoes, salt, oregano and olives.

If you’re an English speaker, you might be thinking this has nothing to do with pizza at all. And you’re right, focaccia barese is indeed a type of focaccia and not a pizza in any sense that a modern person would consider focaccia pizza. However, this style of focaccia, with its circular shape, tomato toppings and triangle slices, is certainly a precursor to modern pizza. This is perhaps why most English translations refer to focaccia Barese as “Bari style pizza”.

Another reason why “Bari style pizza” is a confusing terminology is because the city of Bari, in Puglia, Italy, also features a somewhat unique style of thin crust pizza as well as focaccia Barese.

This style of pizza can be found in many of the pizzerias in and around the city of Bari, especially near its historic harbor. The contrast between Bari style pizza and Neapolitan style pizza is immediately obvious as compared to the big, puffy “canotto” crust of most pizza found in Naples, even though the taste and ingredients are quite similar.

American pizza lovers might find Bari style pizza visually very similar to “Bar style” pizza since both are small, thin pizzas with sauce and cheese right up to the edges of the crust. Coincidentally, both of these pizza styles share a similar name but are actually quite different in taste and ingredients. Bari style pizza is much lighter and fresher compared to the heavier and greasier bar style pizza in the northeastern US.

This style of pizza has recently been introduced to a wider audience by Youtube pizza master Vito Iacopelli.

Focaccia Barese is not too different from other focaccia recipes except for the addition of mashed potatoes to the dough. This really helps to make the focaccia moist and fluffy and adds the savoriness of the finished product. Not all Focaccia Barese recipes include potatoes, though, but it can be equally delicious with and without.

The following is a simple method makes 1 large traditional focaccia Barese (without potatoes).

How To Make Focaccia Barese:

How To Make Bari Style Pizza:

What The Difference Between Neapolitan Pizza And Regular Pizza?

What Is Special About Neapolitan Pizza?

What Is The Traditional Italian Pizza?

In general, Neapolitan pizza is considered the most traditional style of Italian pizza. This style of pizza orginated in Naples, Italy and is widely considered to have spread to other Italian cities, as well as overseas to America, during and after World War II.

What Is The Best Italian Pizza?

The best Italian pizza is usually determined by what region of Italy you’re from, but most people consider Roman and Neapolitan style pizza to be the best. Two very well known pizzerias in Italy serving these styles are Bonci in Rome and L’Antica Pizzeria da Michele in Naples. 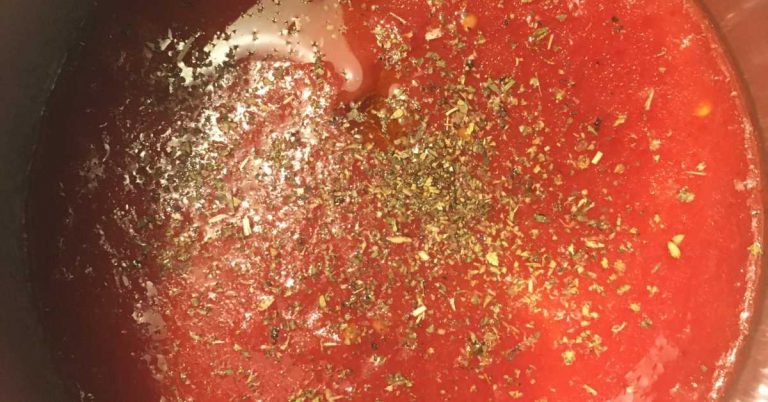 Spaghetti and pizza are two of the most popular foods in the United States, and perhaps even the world. And they share a lot in common as well. Pizza and spaghetti are both made from dough, they both are topped with cheese, and both feature a generous helping of tomato sauce. It might even make… I’m a Neapolitan pizza kind of guy, which means I don’t normally pay too much attention to the nutritional content of my pizza due to the generally nutritious and clean ingredients of that style. But if I’m eating pizza from a chain like Domino’s or Pizza Hut (or even just a local pizzeria) it’s a… I’m a big fan of spaghetti – as should be no surprise for the founder of a website dedicated to pizza. But sometimes I cook too much spaghetti and have leftovers. Do you think I throw all that perfectly good pasta away? Of course not! Spaghetti can be frozen and recooked very easily. Simply mix…