Nothing is worse than missing a key ingredient on pizza night, and what can be more key to pizza than pizza sauce? So if you find yourself fresh out of tomatoes of canned sauce, here’s something else you can try.

Ketchup can be used instead of pizza sauce because it’s made primarily of tomatoes just like a traditional tomato sauce. The sauce is prepared by mixing ketchup with a small amount of olive oil and seasoning with black pepper and oregano. Ketchup is much sweeter and more vinegary than regular pizza sauce.

Is ketchup my preferred pizza sauce? Definitely not, but it’s not as weird as weird or gross as you might think it is. I wouldn’t hesitate to use it in a pinch on a simple pizza.

Many people initially scoff at the idea of using ketchup in place of pizza sauce, but it really shouldn’t seem that weird.

Ketchup is, after all, made mostly from tomatoes, the same as pizza sauce. It also includes other common pizza sauce ingredients such as sugar, vinegar, onion powder and salt.

Ketchup can be used instead of pizza sauce as long as you don’t mind a very sweet pizza. A typical pizza sauce has little to no added sugar while ketchup has as much as 4 grams per serving. To use ketchup as pizza sauce, simply add the following seasonings:

Ketchup Is A Common Ingredient In Tomato Sauces

Ketchup isn’t such an unusual ingredient in tomato sauces. In fact, some regional styles of pizza and spaghetti sauces include ketchup by default.

Filipino spaghetti sauce, for example, features banana ketchup, lots of sugar and quite a few other ingredients. This sauce is commonly served on spaghetti and is actually quite a popular dish in the Philippines as well as internationally through fast food chains like Jollibee (source).

Then there’s Lion’s & Tigers & Squares, a Detroit style pizza place based out of New York City. This critically acclaimed pizzeria serves a “chopped cheese” style pizza that features a rather generous helping of ketchup under the cheese in place of tomato sauce.

This pizza has ketchup instead of tomato sauce || Fork Yeah

This pizza has ketchup instead of tomato sauce.

Posted by Thrillist on Friday, December 6, 2019

So if a sweet tomato sauce is good enough to become a quasi spaghetti national dish, or a popular meal at a hip NYC pizzeria, why not use it as a quick substitute for pizza? As I mentioned earlier, ketchup is definitely not something I would use over regular tomato sauce, but as a substitute for a quick pizza snack I wouldn’t hesitate.

I recommend giving it a try because those who like ketchup on their pizza really like it. Just don’t tell any Italians about it.

How To Make Ketchup Pizza Sauce

The great thing about ketchup pizza sauce is almost everyone has all the necessary ingredients right in their refrigerator or kitchen cupboards.

This kind of pizza sauce is most likely not appropriate for a Neapolitan style pizza, or really any kind of authentically Italian pizza recipe. If you don’t have any pizza sauce for your Neapolitan or Roman style pizza, I recommend just holding off on the recipe until you do. But that’s just my opinion, you might like it!

But if you’re planning to make a quick and simple pizza, like my 1 minute microwave pizza, then ketchup pizza sauce might be a good option for you.

To make ketchup pizza sauce for a single pizza, follow these easy steps:

The key to this ketchup pizza sauce is to use it sparingly. Ketchup is much more flavorful than regular tomato sauces so if you use too much it’s going to overpower the sauce and cheese and taste more like cheesy bread dipped in ketchup than pizza.

I recommend spreading a very small amount on the pizza, similar to how you might spread butter on toast. Use just enough to get a very thing, translucent layer of this ketchup pizza sauce on the crust. Don’t pour a thick layer of it on or it’s going to be too much unless you REALLY love the taste of ketchup.

This ketchup pizza sauce recipe is perfect for those times when you're ready to make pizza but you're missing a traditional tomato sauce. It pairs perfectly with quick and easy pizza recipes like my 1 minute mini microwave pizza.

Gather your ingredients as well as a small mixing bowl.

First add the ketchup to the bowl. If you're not working from a bottle, 2 packets of fast food ketchup will work fine.

Add olive oil, oregano, black pepper and whatever other seasonings you like and incorporate them well into the ketchup.

Add this ketchup sauce directly to the pizza crust. Tip: Don't use too much of this sauce because it will quickly overpower the other flavors of the pizza. I recommend using just enough to create a thin, translucent layer before adding other toppings.

Gather your ingredients as well as a small mixing bowl.

First add the ketchup to the bowl. If you're not working from a bottle, 2 packets of fast food ketchup will work fine.

Add olive oil, oregano, black pepper and whatever other seasonings you like and incorporate them well into the ketchup.

Add this ketchup sauce directly to the pizza crust. Tip: Don't use too much of this sauce because it will quickly overpower the other flavors of the pizza. I recommend using just enough to create a thin, translucent layer before adding other toppings.

If you’re looking for an alternative to regular tomato based pizza sauce, there are lots to choose from. Try one of these 13 pizza sauce alternatives next time you’re in the mood for something different (or don’t have any tomato sauce handy).

Can I Use Ketchup In Place Of Pizza Sauce?

Ketchup can be used in place of pizza sauce as long as you’re OK with a very sweet and slightly vinegary tasting pizza. Ketchup is made from tomatoes just like pizza sauce so in many ways it’s a good fit. To make ketchup more closely resemble pizza sauce, try adding olive oil, oregano and black pepper.

What Can I Use Instead Of Pizza Sauce?

Seasoned olive oil, pesto and alfredo sauce each make a very good alternatives to traditional tomato-based pizza sauce. The truth is, any kind of savory spreadable sauce or food can potentially be used instead of pizza sauce, even plain olive oil. If you’re on the lookout for a simple tomato sauce to use for pizza that is easy and healthy you’ve come to the right place! This is by far my favorite tomato sauce, because it tastes great and it’s super easy to make. I use it for pizzas as well as for pasta and just… Extra virgin olive oil is one of the workhorses of my kitchen, and perhaps yours as well. I use it for cooking, in sauces and drizzled on everything from salad to pizza. This is why knowing how to choose the best olive oil is such an essential skill for everyone who uses this amazing and… 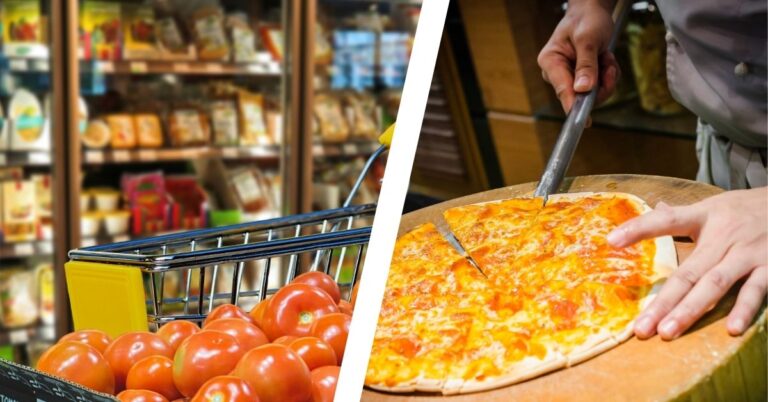 Making pizza is something anyone can do at home, but to do it well requires the proper tools. This principle applies to every aspect of the process, from the ingredients used to make the dough all the way to the pizza peel used to slide it into the oven. The best homemade pizza comes from… 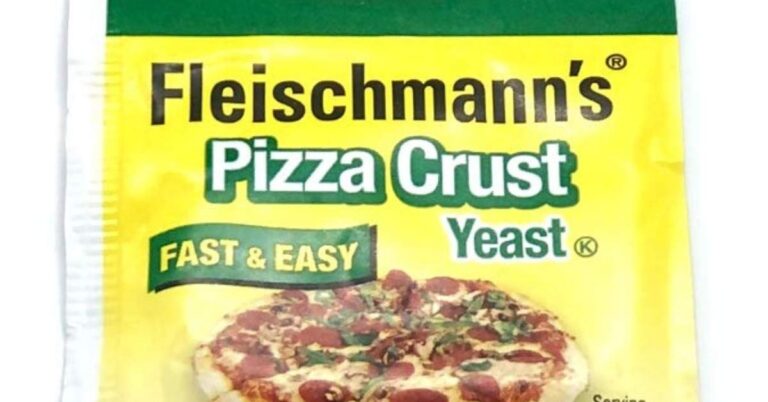 Pizza yeast is something that’s been around for a while but isn’t widely used. In fact, I only became aware of it recently after a reader sent me a question asking about it. So what is pizza yeast, exactly? In general, pizza yeast is a unique yeast blend that contains conditioner products, such as dough… If you’ve been in the pizza making game for even a little while, you’ve likely heard about 00, or Tipo 00, flour. But what exactly is 00 flour and why is it preferred over regular all-purpose flour. Tipo 00 flour is the best flour for pizza for one reason: the fineness of the grains. Tipo…