Lots of foods resemble pizza, but what exactly makes a pizza a pizza? It’s an age old debate, especially outside of Italy where pizza standards are far less regulated. How about a pizza without cheese – is it still a real pizza?

A pizza is still a pizza without cheese. In fact, one of the oldest styles of Neapolitan pizza is the pizza marinara, which is simply crust, sauce and seasonings. No one, not even Italians, would deny that a pizza marinara is as authentic a pizza as any other, perhaps even more as it’s been served in Naples since 1734.

But ultimately, what is considered a pizza is largely subjective. For most people, any kind of food with a flat base and various toppings is considered some form of pizza. For others, myself included, the litmus test for what is truly a pizza and what isn’t is a bit more rigorous.

Pizza Marinara Is The Original Pizza Without Cheese

Pizza marinara is one of the original styles of Neapolitan pizza and even predates the much more common pizza margherita.

Pizza marinara is made by topping a Neapolitan style crust with tomato sauce, olive oil, pepper, oregano and a few slices of garlic. It dates back all the way to 1734 and was considered a favorite meal for poor sailors and fisherman on long voyages due to the simplicity and preservability of the ingredients. This authentic style of pizza doesn’t include any cheese.

In Rome, this pizza is altered slightly by adding salted anchovies.

Across Italy, pizza marinara is regulated by the Associazione Verace Pizza Napoletana, or the True Neapolitan Pizza Association in English. This association mandates and regulates the preparation and ingredients used in all pizza marketed as Neapolitan in Italy.

So, without a doubt, pizza marinara is considered a true and authentic pizza despite not having cheese.

Is It Still A Pizza Without Cheese? It’s Subjective.

Despite the AVPN in Italy vouching for authentic pizza without cheese, the debate rages on elsewhere. Ultimately, what you and I consider to still be a pizza with or without various ingredients is a subjective question.

Personally, I consider anything made using an authentic dough and crust to be a real pizza regardless of toppings. On the other hand, a non-authentic pizza crust, like a cheese or cauliflower base, topped with cheese and tomato sauce, I would consider to be pizza flavored but not necessarily a true pizza. For me, a true pizza is all about an authentic crust.

But clearly, not everyone agrees with me. For many people any kind of food that’s relatively flat with some kind of sauce and some variety of toppings is a pizza.

Even deep dish Chicago style’s claim to being a true pizza is dubious in my view. I like Chicago style and have a lot of respect for it, but it’s too similar to a cheese and tomato sauce pie for me to consider it still a pizza. This opinion is controversial, I know, and will likely annoy fans of this style, but remember it’s only one persona’s opinion. Debating if pizza is still pizza without cheese is largely the same kind of subjective argument.

What Is A Pizza Without Cheese Called?

A Neapolitan style pizza without cheese is called a pizza marinara, named after the poor Italian mariners who preferred it and made it popular as far back as 1734.

Outside of Neapolitan pizza styles there isn’t really a term for pizza without cheese. In general this kind of pizza could be called a “red pizza” in the sense that it features tomato sauce, but this isn’t a defining feature of pizza without cheese and, of course, lots of red pizza also has cheese.

Is Pizza Without Cheese Healthy?

Pizza without cheese is as healthy as pizza with cheese as long as the portion sizes are sensible and you aren’t lactose intolerant.

If you’re concerned about the healthiness of the cheese you’re eating, considering opting for a fresh mozzarella instead of the dried, low-moisture kind found in bricks. Fresh mozzarella has fewer ingredients, less sodium and is far less processed than American style low-moisture cheese.

Fresh mozzarella is made simply from milk and various enzymes, so if you can tolerate milk in your diet it’s the perfect healthy choice for cheese in reasonable quantities.

If you can’t eat cheese, or choose not to, thankfully there are lots of other choices of delicious things you can top your pizza with.

Personally, my favorite alternative to cheese is simply olive oil seasoned with dried oregano and black pepper. If you want, you can also add garlic for an aglio e olio that goes perfectly when drizzled over any kind of pizza.

Here are a few more alternatives to traditional pizza cheese:

What’s your favorite pizza cheese substitute? Let me know in the comments below.

Why Pizza is Called Pie – The Story of American Tomato Pie

Why Does Pizza Make Me Sick? Plus How You Can Prevent It

What Is Neapolitan Pizza?

Can You Have A Pizza Without Cheese?

Yes, you can have a pizza without cheese. It’s called a pizza marinara in Naples, Italy and features a Neapolitan style crust topped only with tomato sauce, oregano, garlic and olive oil. Pizza marinara is considered one of the original styles of modern pizza ever created.

Did Pizza Always Have Cheese?

Pizza didn’t always have cheese, despite being synonymous with lots of mozzarella today. In ancient times, the precursors of pizza were simply a flat bread topped with seasonings, olive oil and sometimes various meats and vegetables. Pizza didn’t begin to include cheese until relatively modern times, or within the last 200-300 years.

Pizza hut makes several kinds of pizza without cheese. In fact, all of their pizza offerings can be ordered without cheese. All you have to do is request no cheese when you make your order.

Does Pizza In Italy Have Cheese?

In general, pizza in Italy comes with and without cheese. The Neapolitan style pizza marinara is topped with only tomato sauce and seasonings, while the pizza margherita comes with fresh mozzarella slices. Most Italian styles of pizza come with a sprinkling of parmesan cheese as well.

Can You Get A Domino’s Pizza Without Cheese?

Any pizza from Domino’s can be made without cheese if you specifically ask for it. If you’re vegan or allergic to dairy, you should also ask for the gluten-free crust as well which doesn’t contain any traces of dairy. Pizza is delicious and almost everyone’s favorite food, but for some people it comes with a lot of downsides. If you find yourself feeling sick after eating a hot slice it’s probably because of a few common causes. There are three mains ways pizza can make you sick – gluten intolerance, lactose intolerance and simple… It seems to be a fact of life that everything delicious is bad for us. So the same’s has to be true for pizza, right? Not necessarily—the health benefits of pizza come down to what kind of pizza it is and how much of it you eat. A pizza with simple, clean ingredients is packed… Even though I run a blog about making delicious artisan pizza at home, I still like to sometimes order takeout pizza from the big chains. Takeout pizza is definitely a guilty pleasure of mine – there’s something special about the cheap, salty, sugary pizza you get from places like Domino’s and Pizza Hut. The worst… Bari is an Italian city in Puglia, Italy on the Adriatic coast of southern Italy. It’s known for many different dishes including several kinds of baked goods like Bari style pizza and focaccia. In general, Bari style pizza refers to a style of focaccia bread, also known as focaccia Barese in Italian, native to the… 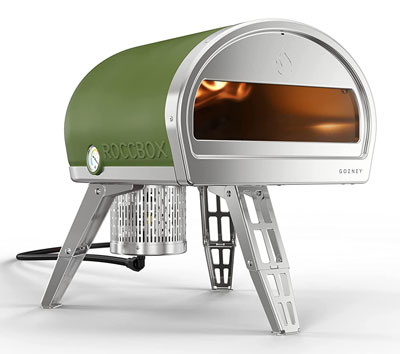